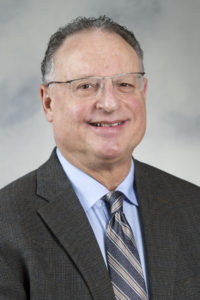 Dr. Steinitz was destined to become a physiatrist given his unique combination of interests which helped guide his medical and specialty training as he already worked closely with a prominent specialist in rehabilitation when an undergraduate student at Case Western Reserve University where he received his B.A. degree and graduating Magna cum Laude in 1978 with a double major in Chemistry and Dance-Theatre. Dr. Steinitz furthered his distinction in the field of PM&R while attending the University of Cincinnati College of Medicine where he was honored with the ‘Best Rehabilitation Student Award’ in 1978, the same year he received his doctoral degree in medicine and nomination into the Alpha Omega Alpha honorary medical society. As of September, 2011, Dr. Steinitz has been nationally recognized as Co-Director of an AANEM Accredited Electrodiagnostic Laboratory – Exemplary Status, the 1st Multi-Physician laboratory in Washington State awarded this prestigious distinction.

Following specialty training in PM&R at the University of Washington, Seattle, WA, Dr. Steinitz has been in private practice centered in Tacoma, WA, since 1981 gaining expertise in spinal rehabilitation and interventional injection techniques. In 1983 he joined with Electrodiagnosis and Rehabilitation Associates where he continues full-time in the specialty practice as a senior partner. Dr. Steinitz is triple Board certified by the American Board of PM&R, (ABPM&R), the American Board of Neuromuscular & Electrodiagnostic Medicine (ABEM), and the American Board of Pain Management (ABPM), and remains an Associate Clinical Professor in the Department of Rehabilitation through UW since 1986. Dr. Steinitz has been a board examiner for the AAPM&R, and invited faculty for AANEM. He is the Electrodiagnosis (EDX) laboratory director since the laboratory achieved AANEM national certification in September, 2011.

Distinctions have included responsibilities as medical director of a C.A.R.F. certified pain clinic which he founded, as well as St. Joseph Medical Center and the Franciscan Health System-West. He has published several articles and abstracts on a broad range of Rehabilitation and Electrodiagnostic topics. Clinical interests include focal neuropathies, radiculopathies and lower extremity entrapment neuropathies, particularly neuropathies of the foot and Tarsal Tunnel Syndrome, as well as musculoskeletal and spinal rehabilitation. Given special training in managing chronic pain, he has cared for some of the most difficult of chronic pain problems to include Complex Regional Pain Syndromes, formally known as Reflex Sympathetic Dystrophy/‘RSD’ and Causalgia, a topic in which he has extensively lectured. Dr. Steinitz has functioned as Editor and Chief of Electrodiagnosis and Rehabilitation Update, a once to twice yearly publication directed at educating primary care physicians about PM&R as well as Electrodiagnostic specialty topics from 1997 through the present.

Current passions include active study and involvement in Jazz, and has been seen performing with other musicians in and around Seattle playing several types of clarinets and saxophones. Given his eclectic background to include having gathered 9 varsity letters between competition in high school and at the collegiate level, as well as considerable participation in the arts, he has often been involved in PM&R and Electrodiagnostic consultation and treatment of high level athletes, professional dancers as well as musicians. Dr. Steinitz is very happily married for over 30 years and counting, and is extremely proud of his twin daughters who graduated college with high honors, spring, 2008. They are now living independently and working full-time as professionals in their respective fields of expertise.